Endoscopic Cyclophotocoagulation (ECP) is a surgical procedure that effectively inhibits the production of aqueous fluid in the eye by the ciliary epithelium. ECP uses a similar laser to transcleral cycloablation but involves direct visualization of the ciliary processes and precise treatment to achieve a predictable effect. It is a laser procedure performed at the same time or after cataract surgery and has proven to be highly effective in reducing or eliminating the need to continue using glaucoma medications in the majority of patients who receive this treatment. 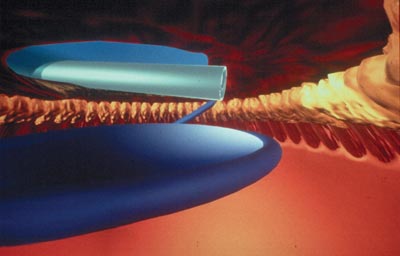 Many patients needing cataract surgery have glaucoma as well. These patients, along with patients who have had other types of glaucoma laser treatments are ideal candidates for ECP. Once the cataract is removed during surgery, the ECP probe is inserted into the same micro-incision to begin the procedure. The ECP probe uses tiny, optical fibers to illuminate, view and treat the ciliary body with laser energy. Applying laser energy to the ciliary body reduces its fluid production, thereby lowering the pressure to non-sight threatening levels.

Some observers concerned about the safety of ECP group its risk into the same category as transscleral cyclophotoablation. To address this incorrect assumption, an international ECP Study Group was formed to conduct a retrospective review of the safety of this procedure. In total, 5,824 patients were treated and followed for a mean of 5.2 years (range 1-10.5 years). Early complications included IOP spike (14.5%) and intraocular hemorrhage (3.8%). Long term complications included cystoid macular edema with visual loss in 0.27%, retinal detachment in 0.27% and massive choroidal hemorrhage in 0.09%. Hypotony or phthisis occurred in 0.12%, and only in patients with neovascular glaucoma. These complication rates are lower than other types of incisional glaucoma surgeries. Less than 1% of patients suffer vision loss following ECP, compared with 5-10% following trabeculectomy and 10% following tube (shunt) surgery. There is no increased risk of cystoid macular edema in ECP patients compared with control groups (i.e. phacoemulsification). Conversely, there is a 5-10% risk of CME in patients following trabeculectomy. And finally, there has not yet been a reported case of endophthalmitis following an ECP procedure. Comparatively, there is a 1% risk of endophthalmitis following tube (shunt) placement and a 1% risk PER YEAR of endophthalmitis following trabeculectomy surgery. Of the most devastating complications, including endophthalmitis, lens dislocation, choroidal hemorrhage, phthisis, and retinal detachment, the COMBINED risk is less than 1% for ECP. ECP has been performed globally for over 12 years, with more than 50,000 patients treated to date. An endoscope is used to view the interior of the eye utilizing a fiberoptic image and camera. Utilizing a probe less than 1mm in diameter, the endoscope allows easy entry through small incisions, such as those used during cataract surgery. This allows visualization and treatment of areas of the eye that were previously impossible to access. The laser microendoscope allows for simultaneous viewing and treatment through a single incision by integrating a unique fiber-optic bundle. Imaging and laser delivery are combined in a single instrument, as is the case with other types of endoscopic treatments. 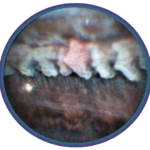 ECP does not cause the undesirable side effects and unpredictability of any of the conventional surgical procedures and offers an exciting option for the future of safe, effective surgical treatment of glaucoma. 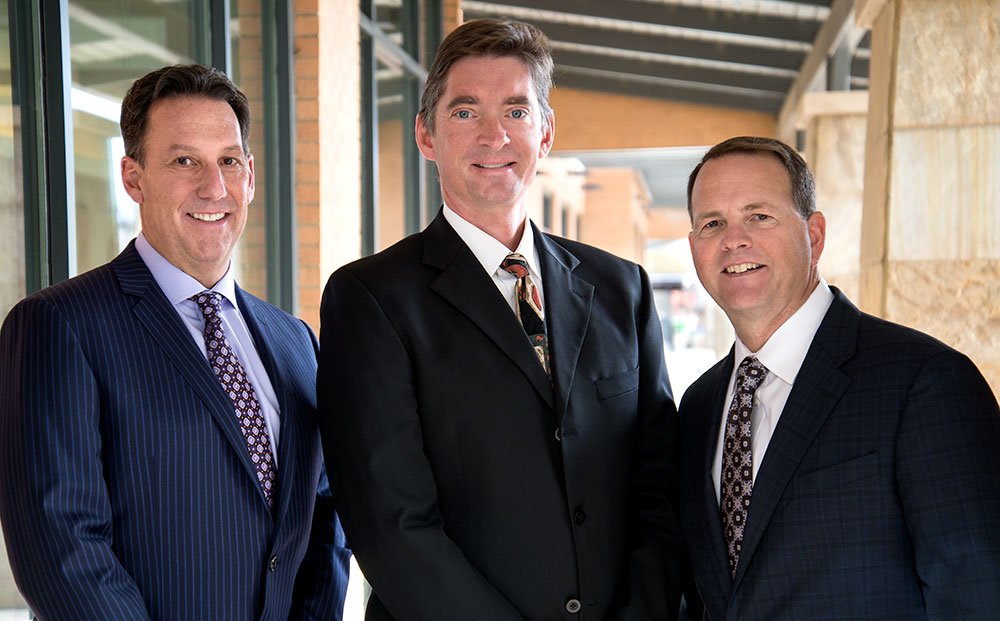